The Eastern - 'The Territory' 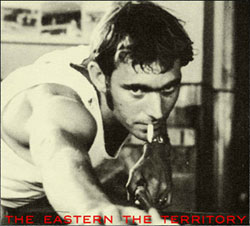 The Territory is the fourth album in six years from Christchurch based Lyttelton raised string band The Eastern. It was recorded, as were the previous three with courage, friendship and grace by the kind hearted, quick handed, coopers cupping, and baby making Ben Edwards at his Sitting Room Studio on Hawkhurst St. in Port Lyttelton New Zealand.

It has bagpipes, banjos, fiddle and as much acoustic fury (fury of both the quiet and loud kind) crammable into a bunch of folk songs, yet the electrics keen and the drums kick along and the bass rumbles and the trombone takes the air and pushes through just enough to keep the set interesting.

The Eastern are lifers in this folk singing business, they make the rent playing music and spend most days of the year getting reading for soundcheck, packing down the speakers and coiling the leads.

With over 1000 shows played over god knows how many miles they have proudly garnered a reputation as one of New Zealands hardest working bands. A reputation they carry with pride. They have shared stages with Steve Earle, Old Crow Medicine Show, and even Fleetwood Mac. 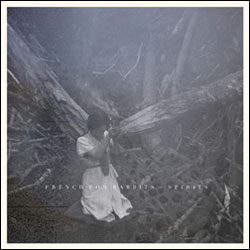 Drawing influence from the wet, windblown landscapes of coastal New Zealand, French for Rabbits hail from the remote natural setting of Waikuku Beach, in NZ’s South Island. Songwriter and vocalist Brooke Singer expresses intimate narratives against the cast of the damp colonial cold; her voice delicately steeled against the eerie instrumentation of her bandmates. It’s a weather-beaten dreamscape, nostalgic for warmth and hopefully lilting towards sunnier climes.

Their debut EP Claimed by the Sea saw French for Rabbits welcomed for their dream-cast folk in their native New Zealand. A PLAN remix of the EP’s title track caused the band to shift their focus towards an international realm, packing their bags to tour extensively through Europe and the UK in 2013 (including the Garden Party, Wilderness Festival and The Great Escape).

While the warm instrumentation lends itself to pleasant comparisons with the Paisley West Coast pop-rock styling’s of bands like Mazzy Star, French for Rabbits are infused with a cold, brooding gaze evident through carefully decaying beats and glacial guitars akin to Laura Marling or Daughter on opiates. Mastered in Chicago by Carl Saff, first single Goat is already garnering appreciative reviews. ‘Goat rocks you slowly to sleep with a sleepy lead guitar and brushy percussion which builds into a semi-choral tidal wave.’ [hhhhappy.com, January 2014]

Returning to hole up in their antipodean home, French for Rabbits spent months in between shows carefully cutting and crafting roadtested songs into their debut LP 'Spirits'. A 7” recording of road-tested tracks Goat/The Other Side released on (Lefse Records/Fat Possum) saw French for Rabbits’ potent emotional warmth intrigue new fans worldwide.